Copper piping: what you need to know 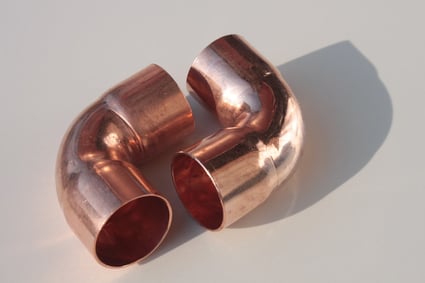 Since the 1960s, copper has been the piping material of choice in the United States, for both homes and commercial businesses. There’s a good chance that your home’s plumbing is made of copper, which gives your home some distinct advantages.

However, copper piping does have its share of issues. In this post we’ll look at the good and the bad sides of copper, and a few warning signs to watch for.

The prevalence of copper plumbing is more than just a mid-century fad. It’s earned its popularity for several reasons:

It’s not all roses when it comes to copper, however. Here are some of its downsides:

If you think you may have copper piping issue, let one of the experts from Ken’s Plumbing come take a look at it. An ounce of prevention can save a lot of expensive damage repairs down the road!