How Enzymes Can Help Your Septic System 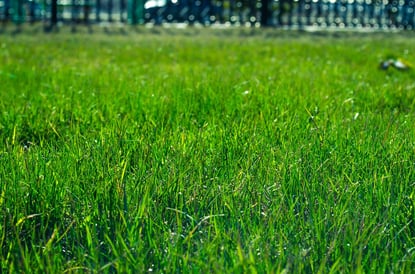 One in five American homes runs on a septic tank instead of a community sewer line.

Is your home one of them? If so, there are several things you need to know about how to keep your septic system running smoothly.

Today we’ll be looking at the simple step of using an enzyme formula to keep the good bacteria in your tank working well!

Your septic system relies on natural processes to break down organic solids until they are safe to release into the soil (and thus the groundwater). Naturally occurring bacteria in your tank are primarily responsible for doing the heavy lifting here. When the processed liquid (called effluent) is released into the drainfield, other natural and physical processes break down remaining organic matter from there.

Unfortunately, certain substances can actually kill the beneficial bacteria in your tank if put down your drain. This is why you should avoid putting paints, pesticides, chlorine (such as from a pool or hot tub), medications, or automotive fluids down any drain in your home.

Be especially careful with household cleaners designed to kill bacteria, such as bleach, Lysol, hydrogen peroxide, and even de-cloggers such as Drano.  Not only do they kill the much-needed bacteria in your septic tank, but they can also contaminate your community’s groundwater.

How enzymes and other additives can help

If you’ve accidentally killed off the bacteria in your septic tank, or if an inspection reveals that your tank isn’t breaking down solids the way it should, it may be time to give the remaining bacteria a helping hand.

Enzymes designed specifically for septic tank systems aid bacteria by helping to break down organic solids on the molecular level. These smaller molecules are easier for the bacteria to “digest,” making them work more efficiently. In a healthy tank, the bacteria will produce these enzymes on their own, but in a compromised tank supplying extra enzymes can give the bacteria a needed boost. These septic tank boosters may be in the form of a flushable packet or liquid.

Other enzyme mixes may also contain nutrients to help feed the bacteria, while others contain some of the beneficial bacteria themselves, which can help replace those that may have been inadvertently killed off by something put down your drain.

At Ken's Plumbing, we have found the ENDURE septic tank maintainer to be very effective, even in tanks with bleach and other disinfectant contamination.

Even a septic system with a thriving ecosystem won’t completely break down all organic solids at the bottom of your septic tank. Meanwhile, fats, oils, and greases that go down your drains will form a floating layer of scum at the top that can’t decompose. Unless these are physically removed at some point, the sludge at the bottom and/or the oils at the top will eventually overflow your tank and escape into the drainfield—with very unpleasant (and unsanitary!) results.

If it’s been a few years since you’ve had your septic tank pumped, or if you’ve recently moved to your home and don’t know the state of your septic tank, you’ll want to get it inspected to determine how much longer you can go before pumping.

Generally it’s best to have it inspected annually—just to rule out other problems that could cause major headaches down the road.

Also be sure to pay careful attention to the do’s and don’ts of owning a septic system, including being very careful about not putting fats, grease, oils, “disposable” wipes, or dental floss down any drain in your home.

Do you suspect your septic tank may be having issues? The technicians at Ken’s Plumbing can come take a look and help you determine the next step.